Where should I lock my bike when I am in the street?

Home/Uncategorized/Where should I lock my bike when I am in the street?
Previous Next

Where should I lock my bike when I am in the street?

We usually at Orlando Locksmith don’t talk much about bike security.

But bikes help a lot of people where our cars are useless especially downtown areas.

Not to mention kids who play outside or sometimes travel to the store.

Now let’s talk bicycle security so you could park without thinking that it won’t be there when you come back.

Here, are some locksmith in Orlando broad tips which you ought to attempt to take after for better bike security:

Choose a spot where there are lots of movements 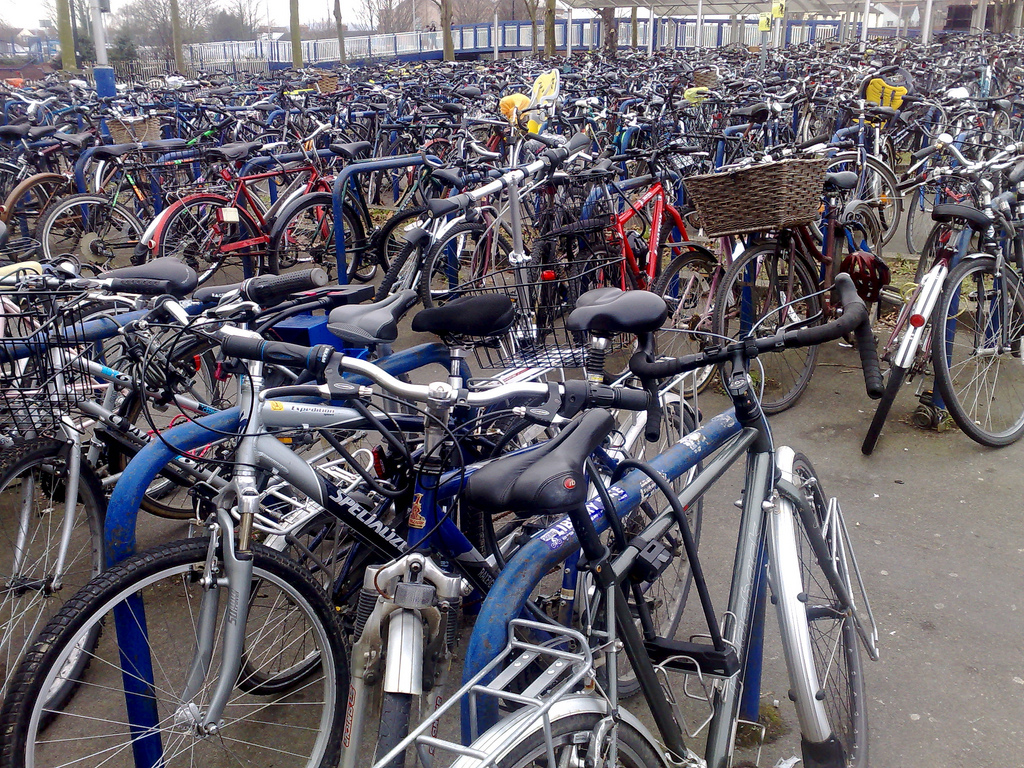 Attempt to pick a busy area where a lot of individuals passed by so the criminal will have to look out for wondering eyes.

Also, a zone that uses cameras will have an impact on crooks as it makes them nervous.

Usually, they would want concealment while they steal the bike.

Choose busy spots where a lot of bikes are parked!

Pick a place where a bunch of different bicycles is bolted up.

Also, try to lock the bike in the middle of the group instead of the end.

Initially, not everyone locks there bike well, and that gives you the edge since you did a good job of locking your bike.

Also, heaps of bicycles packed together provide a criminal less space to move and utilize their tools successfully.

Furthermore, the movement of different cyclists will exasperate them, and if they do try, they will get confronted by a cyclist.

I doubt a thief wants to fight right.

Choose a sturdy object to lock the bike 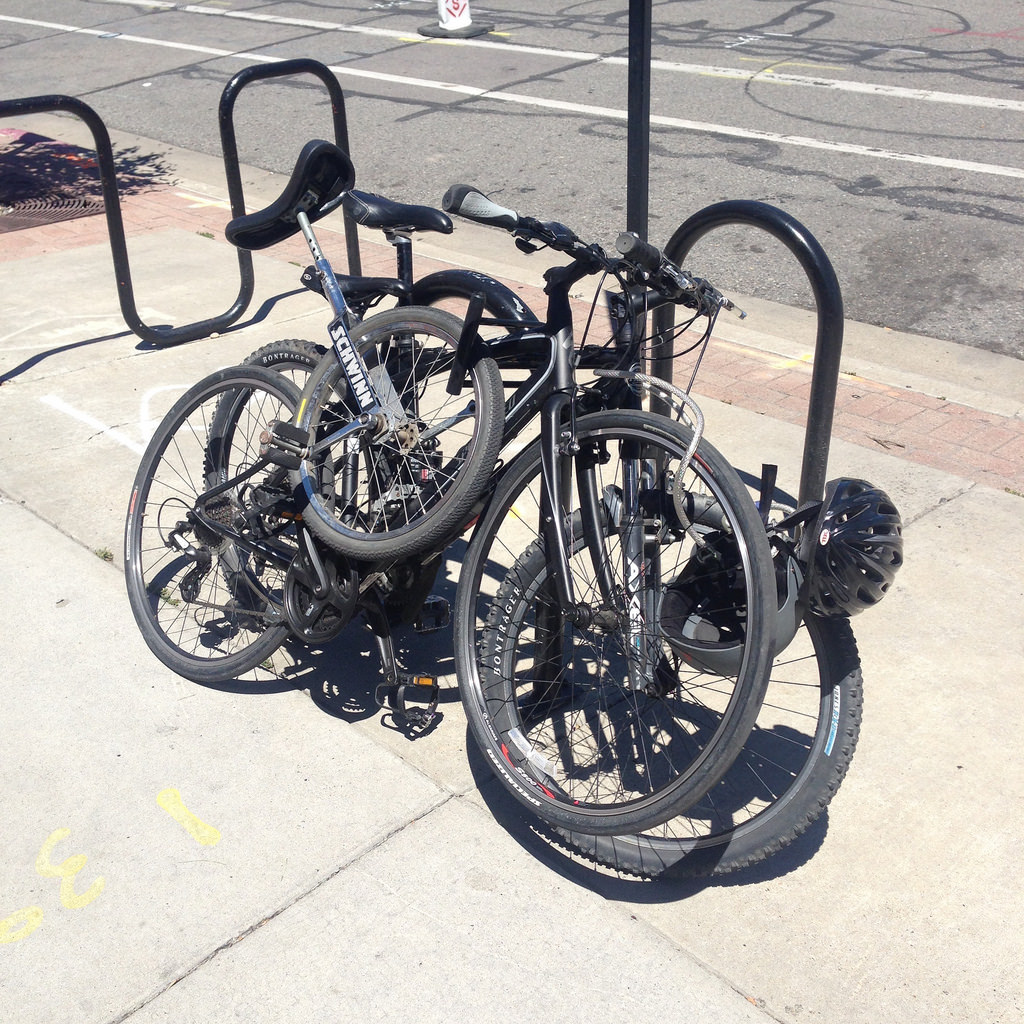 Don’t secure a bicycle to a bike stand that’s movable because it’s old won’t fare much to force or criminal tricks.

So make sure you pick a stage, tree, or pole that it’s grounded to the ground and super secure!

So, that is not quickly broken.

Also, check if the bicycle cannot get lifted over the shoulders when you lock your bike via chains or U-Locks.

And on the other hand, if it can’t effortlessly unscrew or destroyed.

Use metal rail cemented to the ground and then use as many railing as possible to bolt the bicycle.

In case you’re heading off to the shopping center and are going to be far from your bicycle for a long time, consider locking your bike somewhere else.

Because when crooks see a bike park at the mall, they initially think you’re going to take a long time, and they will plan a way to steal the bike.

Sometimes wherein a hurry or we have to go somewhere unsafe so bring another lock or take a bus.

Only take the bus if you leave your bike for a while as we know which places people steal the most so try to avoid it.

A quick sum up of where to secure your bicycle on the road:

By what means would it be advisable for me to secure my bicycle on the road? 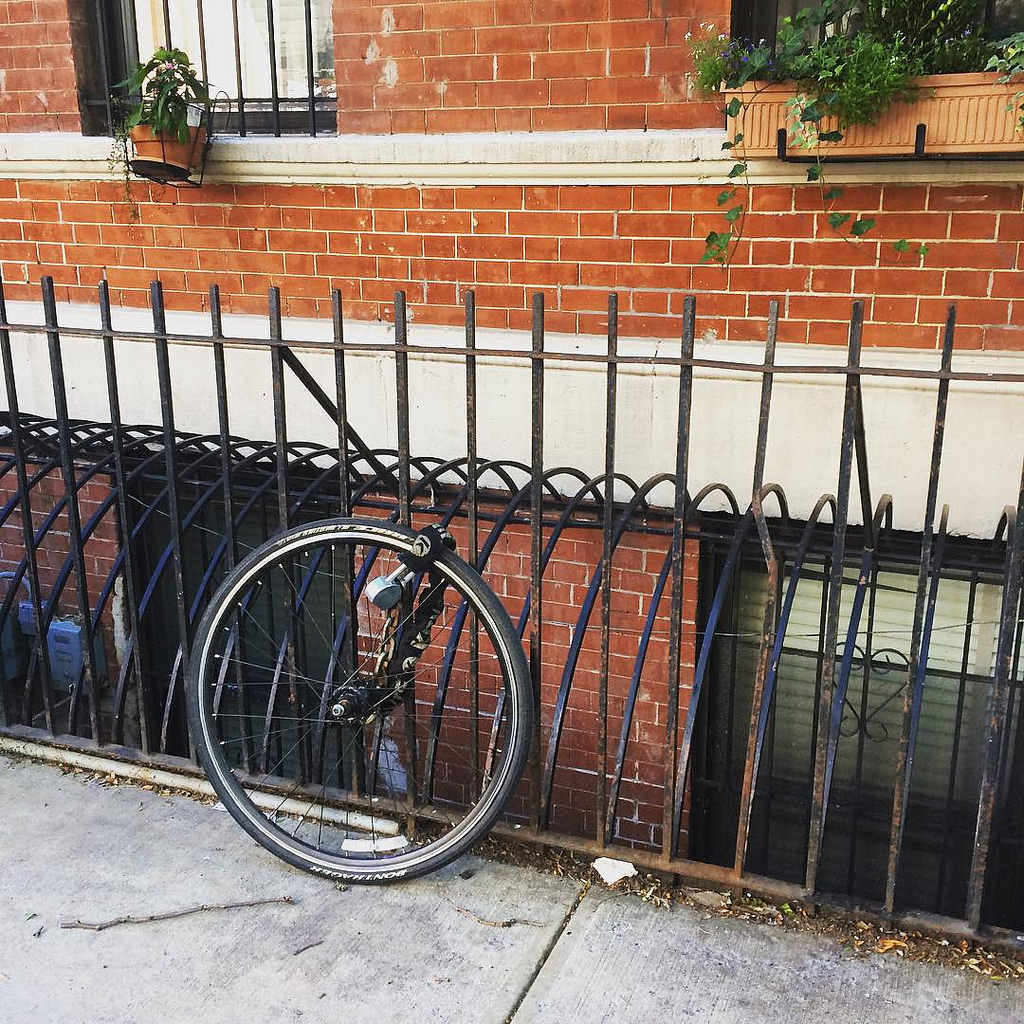 It depends on what kind of bicycle you have and which lock you utilize and where you secure it.

Well, lock the frame to a sturdy object at all times.

Don’t defend your bike through the wheel as a criminal will permanently remove your wheel off and take off with the rest of the bicycle.

Keep the locks off the ground

Attempt to keep the bolt as far away from the dirt since a hoodlum can utilize a mallet to crush the device against the hard floor.

And it will break if it’s a less expensive model, but even a heavy duty can take too much ground punishment.

Likewise, the nearer to the ground, the simpler it’s to utilize the floor for leverage for cutting with a bolt cutter.

Also, keep the U-lock far from the ground and the top tube of the bike

Don’t leave the U-lock around the top tube of the bicycle since a criminal can utilize the frame itself to attempt to break the bolt by lifting and turning the entire bicycle.

Along these lines, preferably the U-lock ought to go high up around the bottom tube or the seat tube instead.

Make the bolt hard to get to 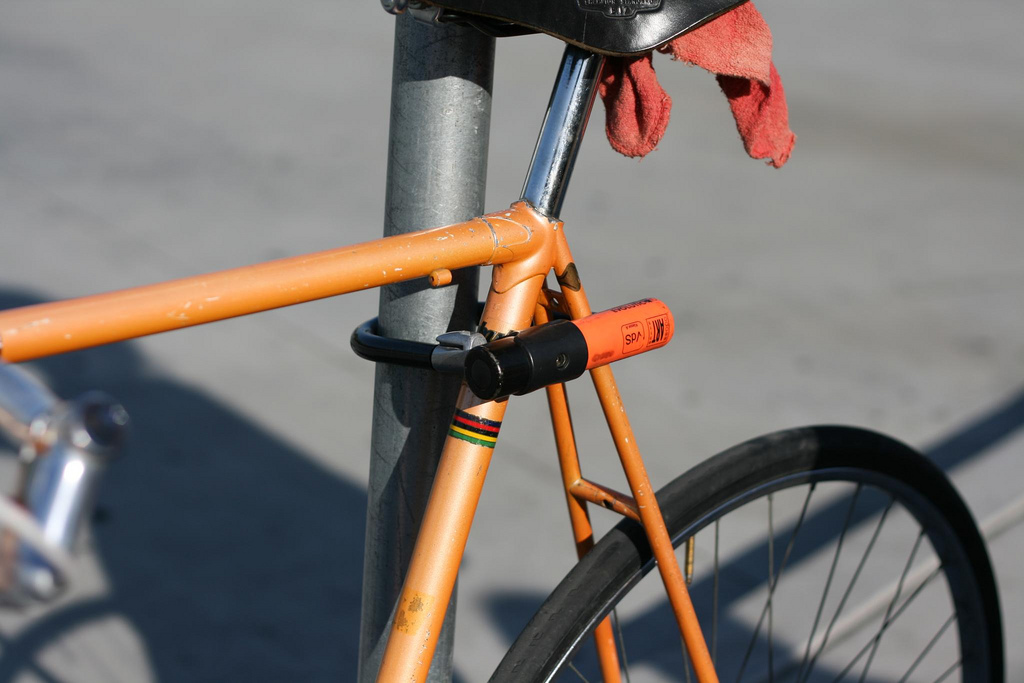 It will make it more troublesome for a hoodlum to assault or mess with the lock through lock-picking.